Semantic Web: The Proof of the Pudding is in the Eating 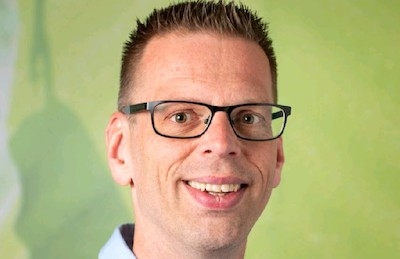 I talked to Danny Greefhorst, director at ArchiXL, Principal Consultant, Enterprise Architect, Data Management Professional and critical thinker about the importance of data management in modern IT.

SEMANTiCS: You are chair of the special interest group ‘architecture’ of the KNVI. Data management is an important theme in modern IT.  What makes the semantic web interesting for data architects?

SEMANTiCS: Do you have some examples where semantic web principles are used in digital architectures?

Danny Greefhorst: I have seen a lot of organisations in the public sector that have decided to publish their data and metadata on the semantic web. I haven't seen a lot of cases in which data on the semantic web is actually reused and combined with other data by organisations. I am also missing real killer apps in which the distinguishing characteristics of the semantic web are really used. In that sense I think the semantic web is still in its infancy. One of the most prominent use cases of the semantic web that I have seen is in the context of the environment protection act in the Netherlands. In that context legislation and policies related to the natural environment are annotated using semantic web technology. This enriches these documents with all sorts of annotations, which increases their accessibility and understandability. The centrally provided geographic viewer uses these annotations to selectively display relevant information to users.

Is the semantic web is still in its infancy? Discuss with Danny! Register for SEMANTiCS 2021!

SEMANTiCS: The semantic web has been there for several years, but still the majority of IT professionals don’t fully understand the potential of it and stay in their own silo’s. How do you feel about this?

Danny Greefhorst: I think it is a double edged sword. On the one hand I feel that IT professionals should be more aware of relevant developments such as semantic web. Professional organisations such as KNVI can help in this by providing more information on the subject and on applications. Our interest group has organised a number of sessions on the subject, also in cooperation with the platform linked data in the Netherlands. On the other hand, the proof of the pudding is in the eating. When there are more show cases that show the true potential of the semantic web, this will automatically seduce and convince more people.

SEMANTiCS: Is there anything else you want to tell?

Danny Greefhorst: I see that data management in general is a prerequisite to make use of the full potential of the semantic web. Organisations that do not have clear accountabilities around data, that are unaware of the quality of their data and that do not explicitly document relevant metadata will probably not benefit a lot from the semantic web. It is in these areas that a lot of organisations are still very immature. We need to increase the efforts and develop more best practices in these areas. They have shown to be difficult for organisations and it is very hard to convince people and coordinate efforts.