Prof Enrico Motta is a Professor of Knowledge Technologies at the Knowledge Media Institute (KMi) of the UK’s Open University. He also has a part-time professorial position at the Department of Information Science and Media Studies of the University of Bergen in Norway.

His work spans a variety of research areas to do with data science, semantic and language technologies, intelligent systems and robotics, and human-computer interaction.  He has authored over 350 refereed publications and his h-index is 69. Over the years, Prof. Motta has led 36 major research projects, acquiring external grants from a variety of institutional funding bodies, including EU, EPSRC, AHRC, the Arts Council, NERC, HEFCE, and Innovate UK. His research has also attracted funding from commercial organizations, including the top two international scientific publishers, Elsevier and Springer Nature. Since 2014 he has been collaborating with Milton Keynes Council on its ‘smart city’ agenda, first as Director of the £17M, award-winning MK: Smart project, and then on the CityLabs and MK:5G initiatives.

Prof. Motta has also acted as advisor on strategic research programmes to several national and international organizations in a variety of countries, including the UK, US, Netherlands, Austria, Finland, Norway, and Estonia. He was Editor in Chief of the International Journal of Human-Computer Studies from 2004 to 2018, one of the top international journals in HCI.  In 2003 he founded the ground-breaking European Summer School on Ontological Engineering and the Semantic Web (SSSW), which provided the main international postgraduate forum for learning about semantic technologies until its final edition in 2016. The innovative pedagogic model pioneered in the SSSW series of summer schools has since been adopted by several other similar initiatives. 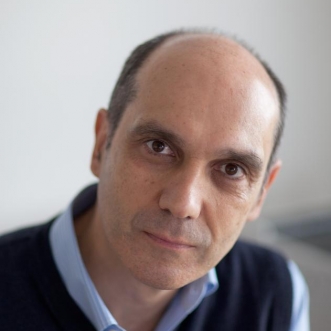 Professor of Knowledge Technologies at the Knowledge Media Institute